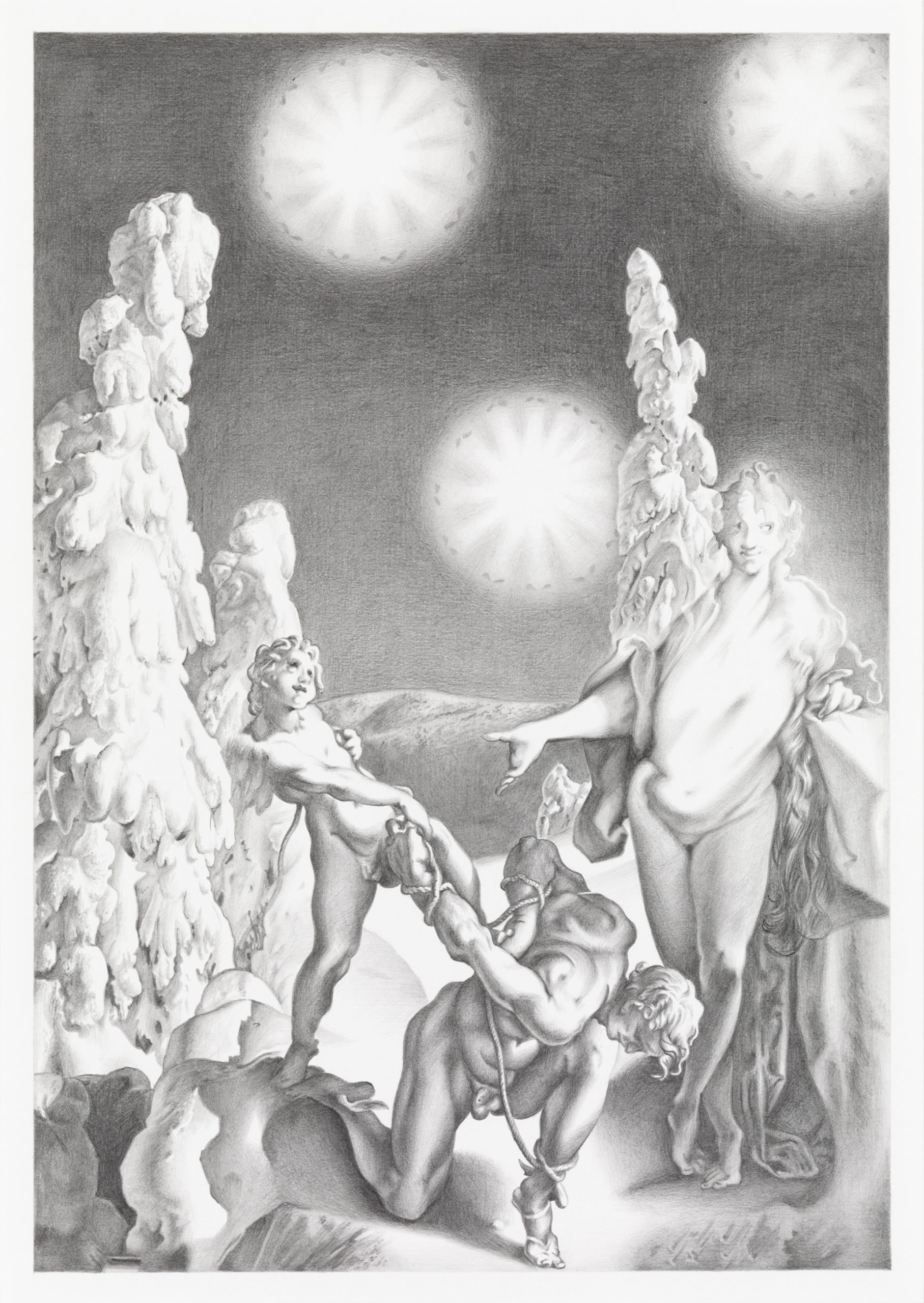 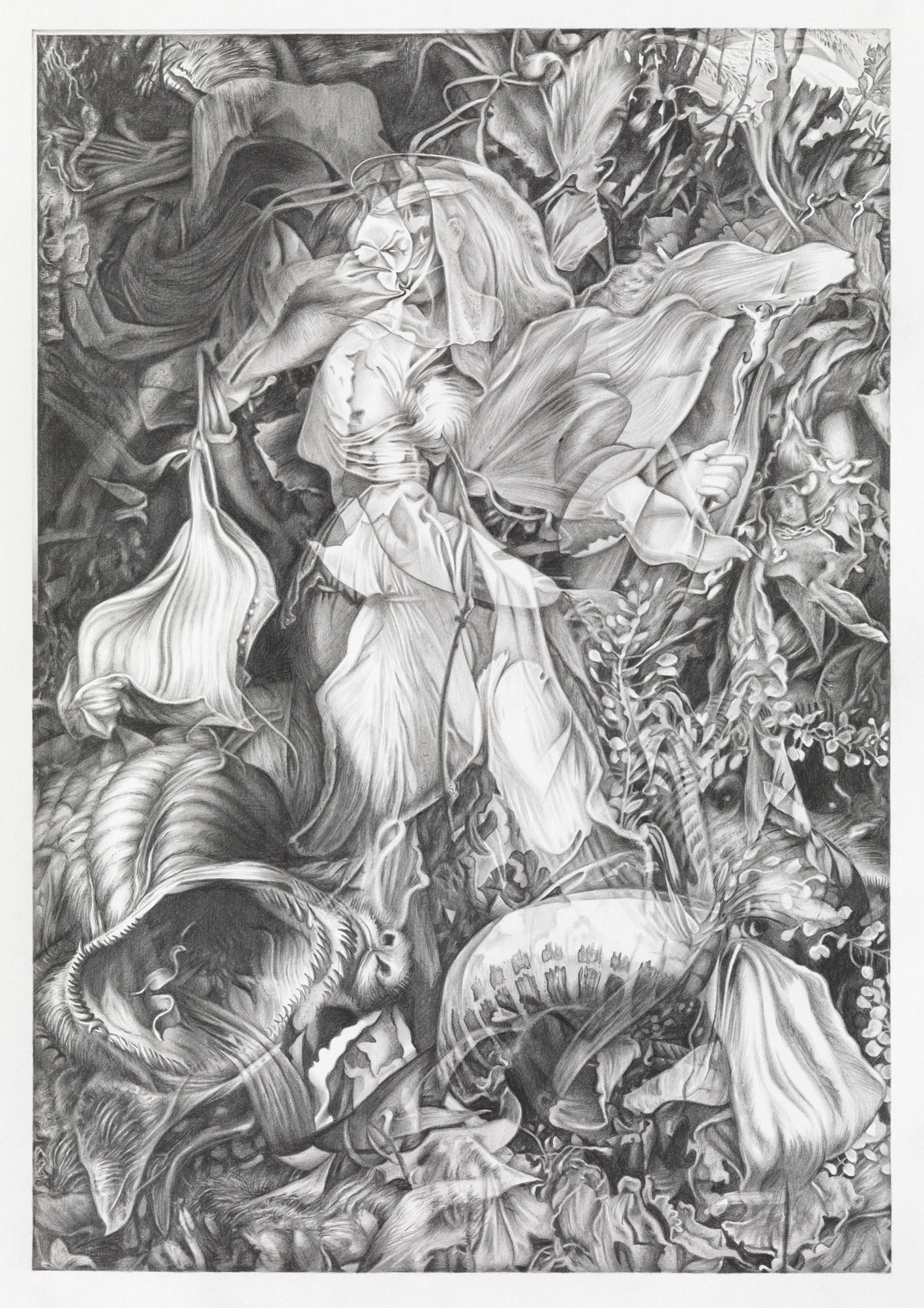 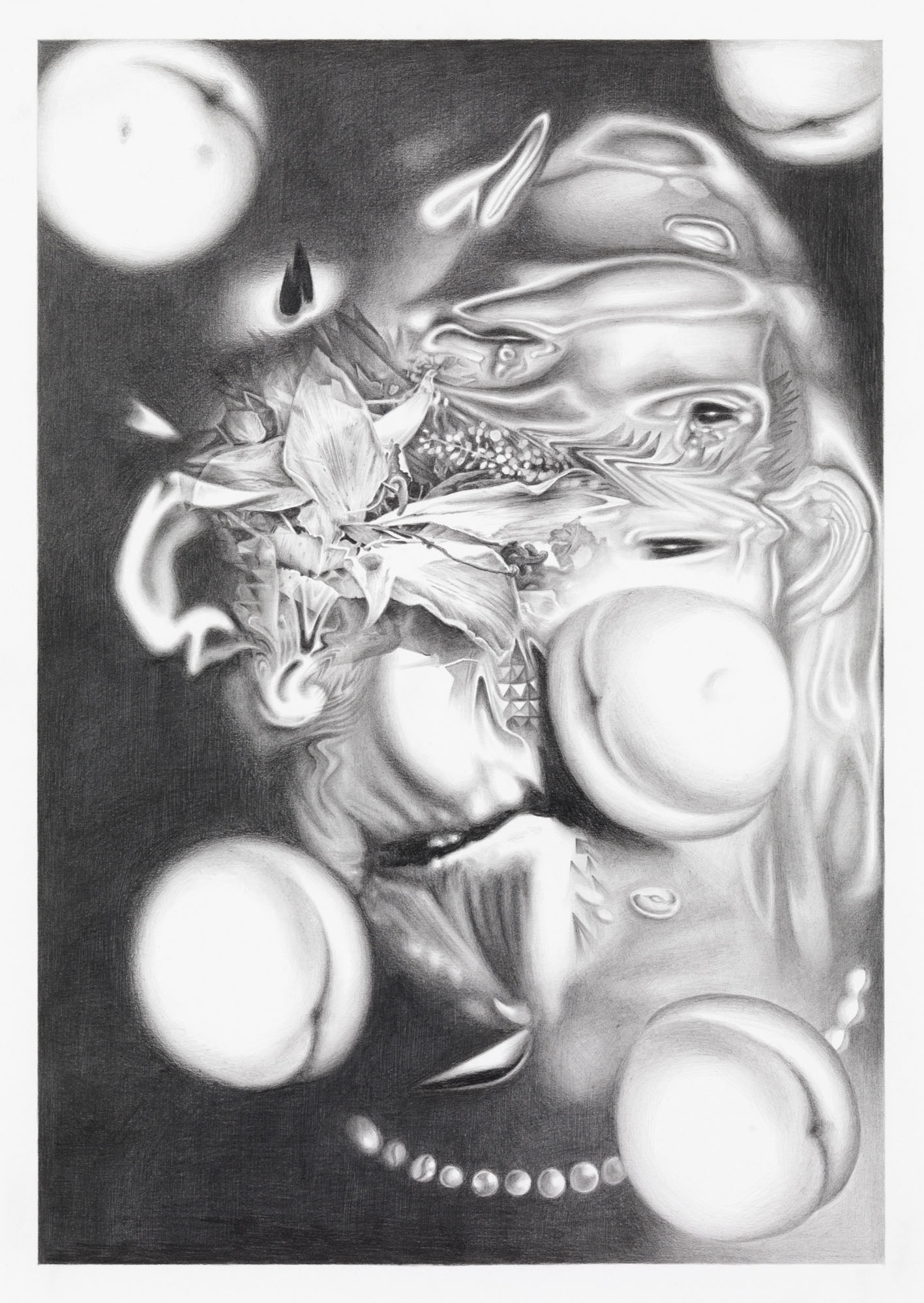 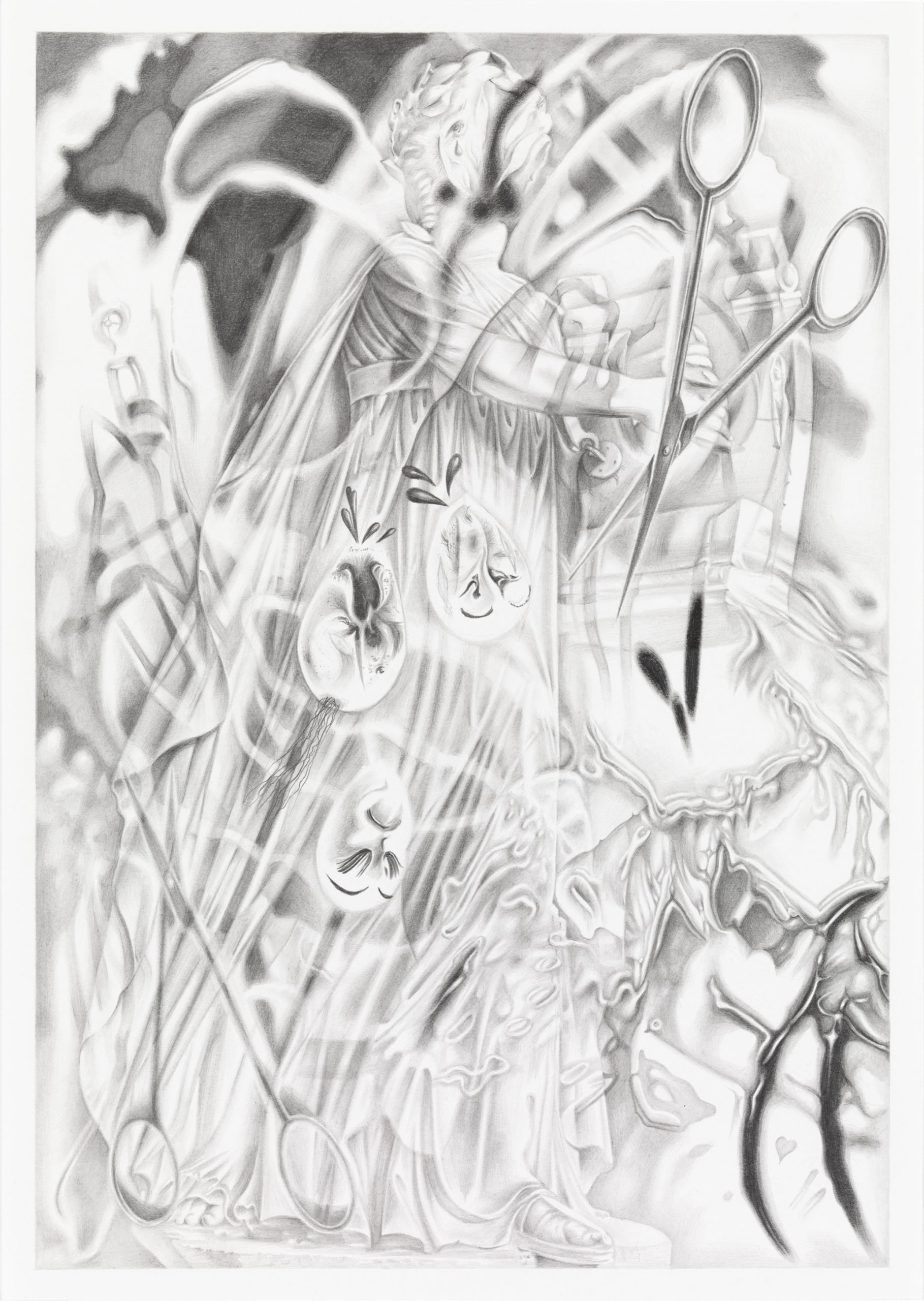 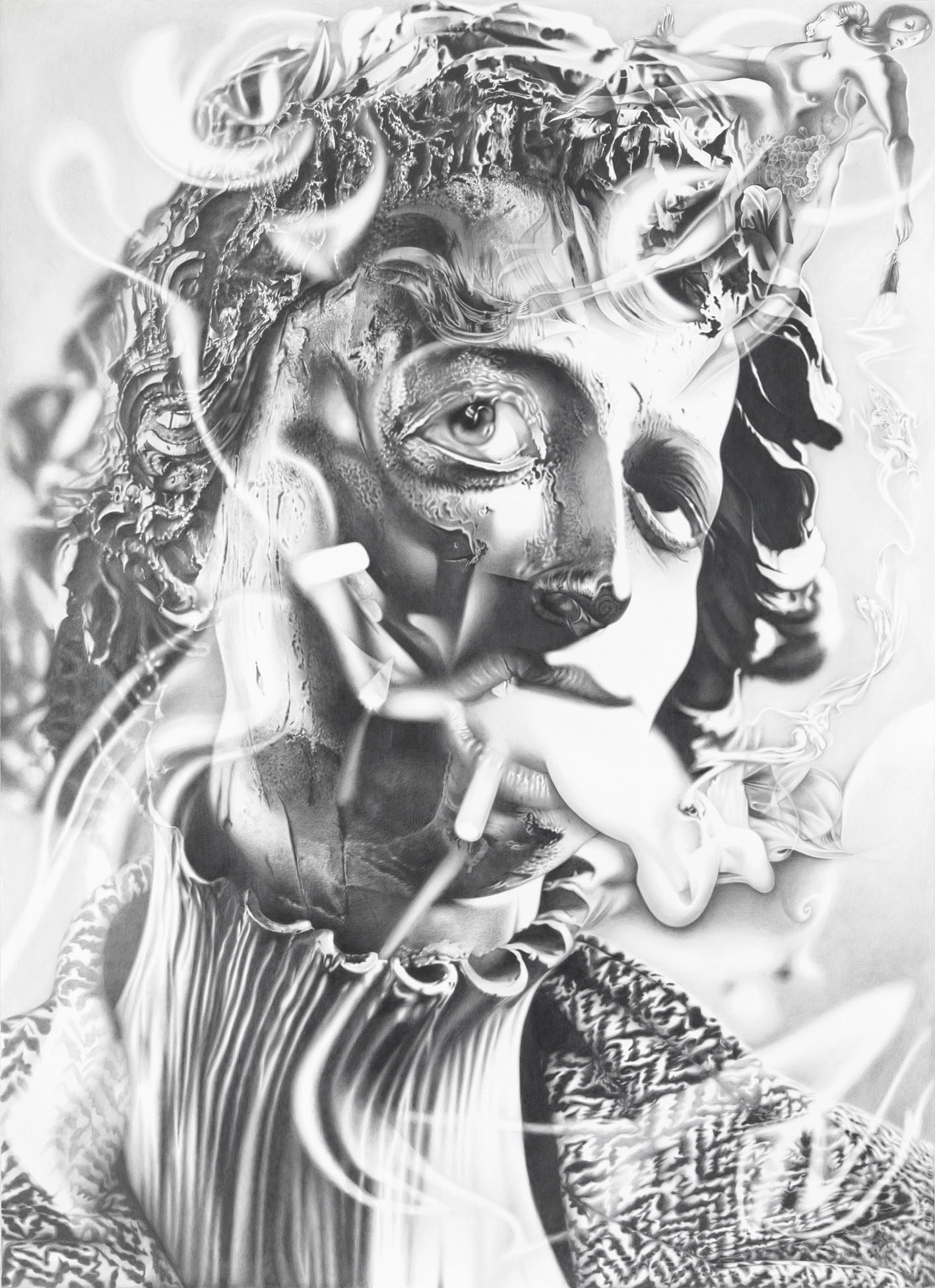 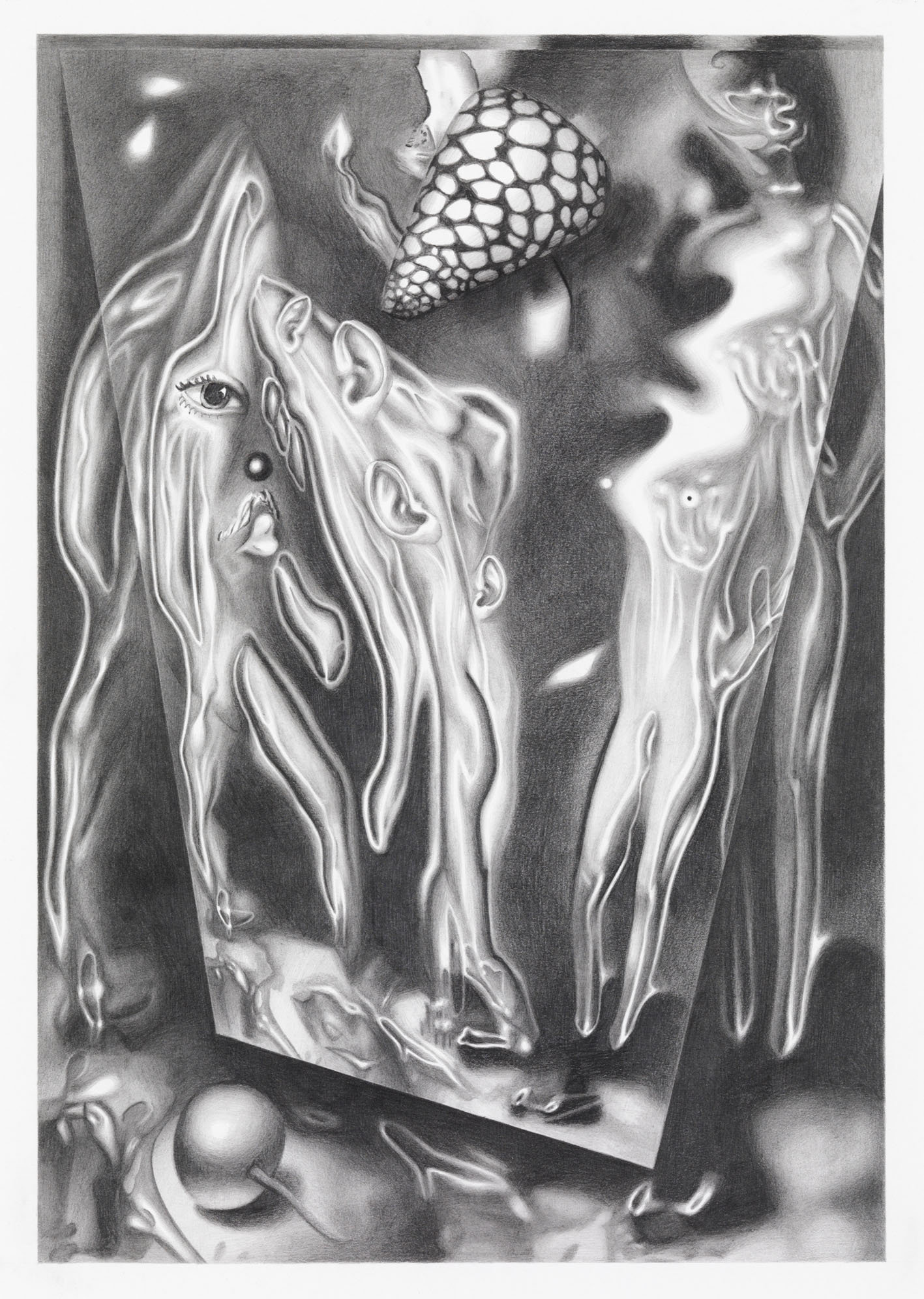 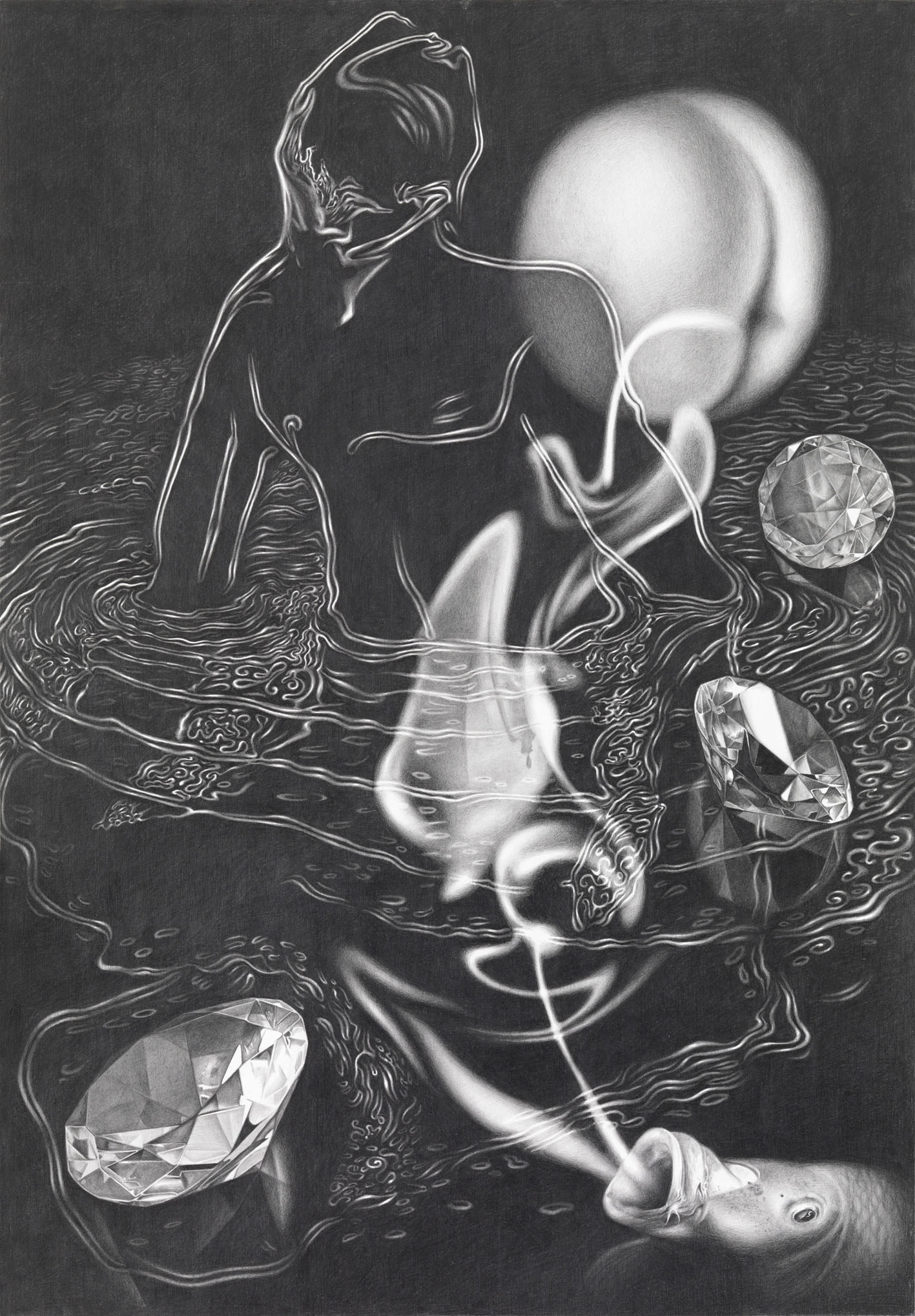 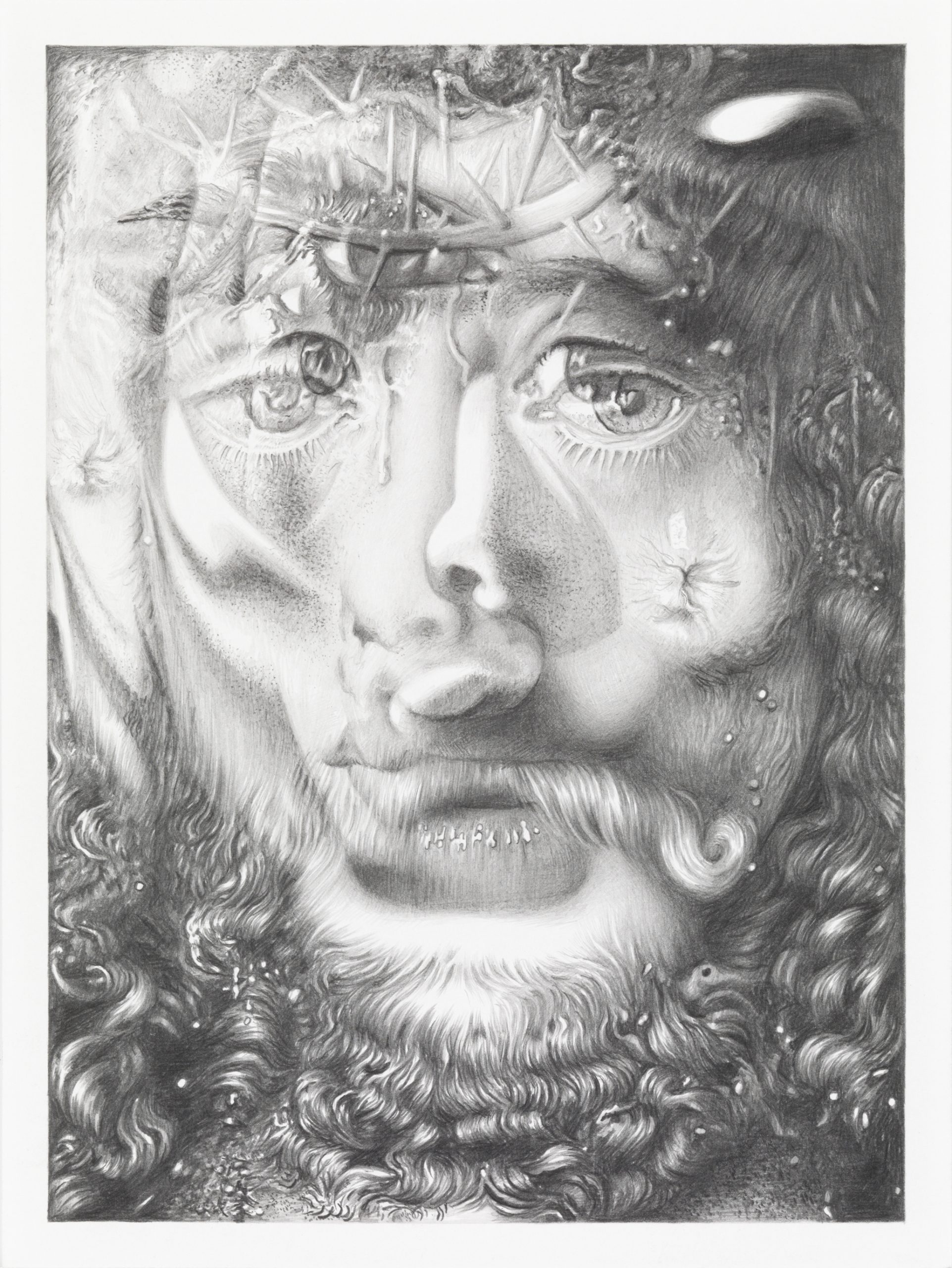 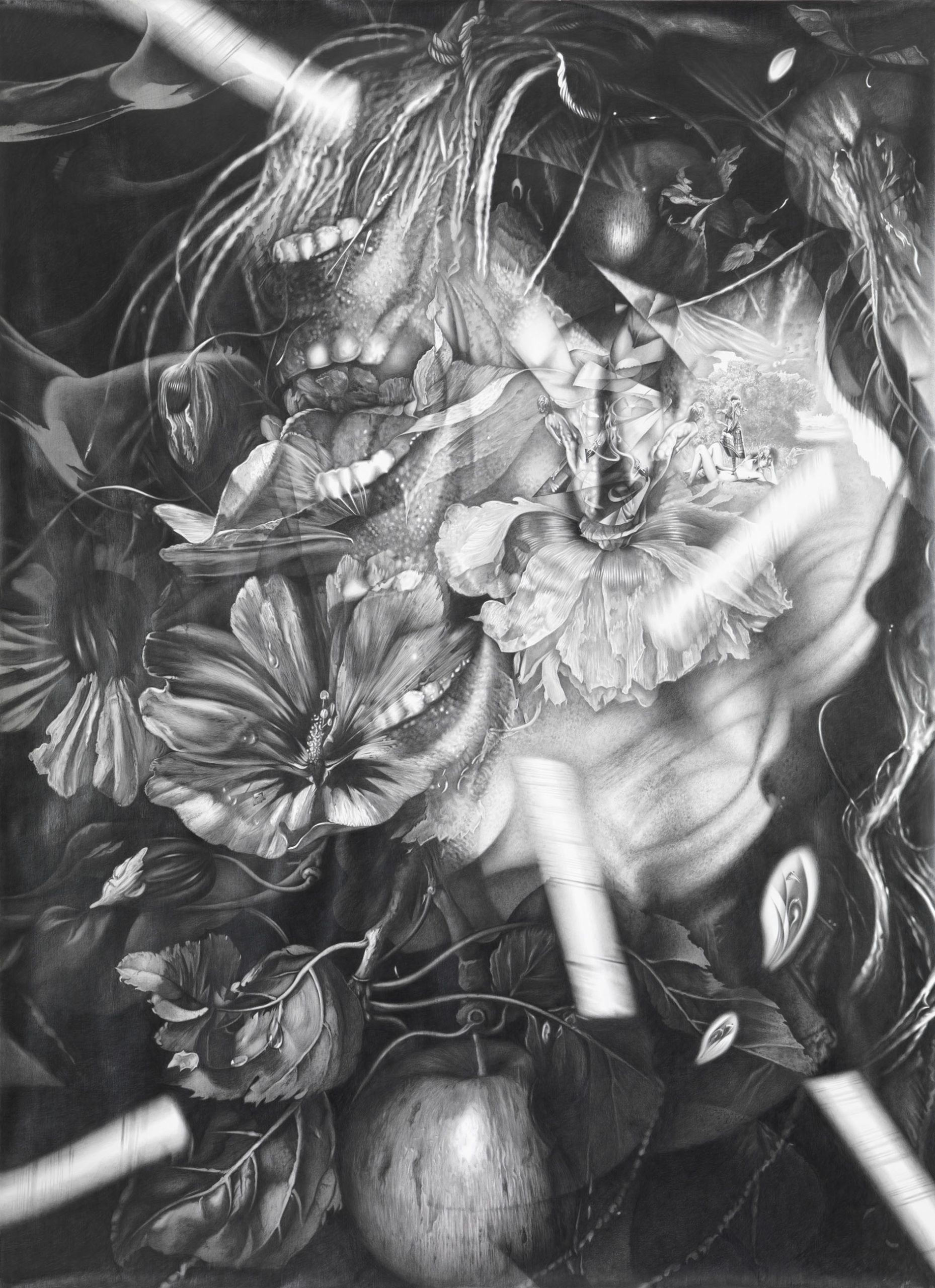 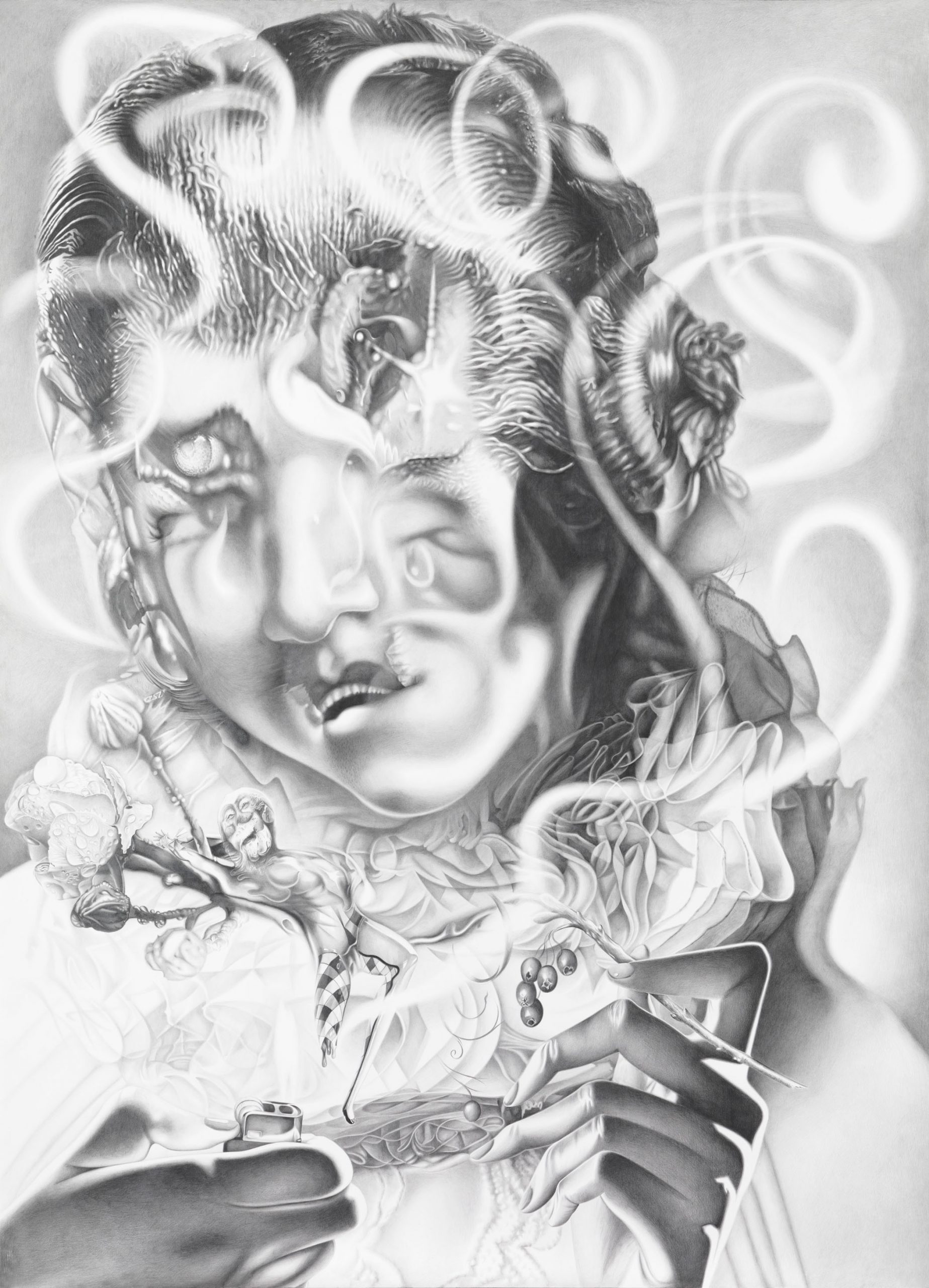 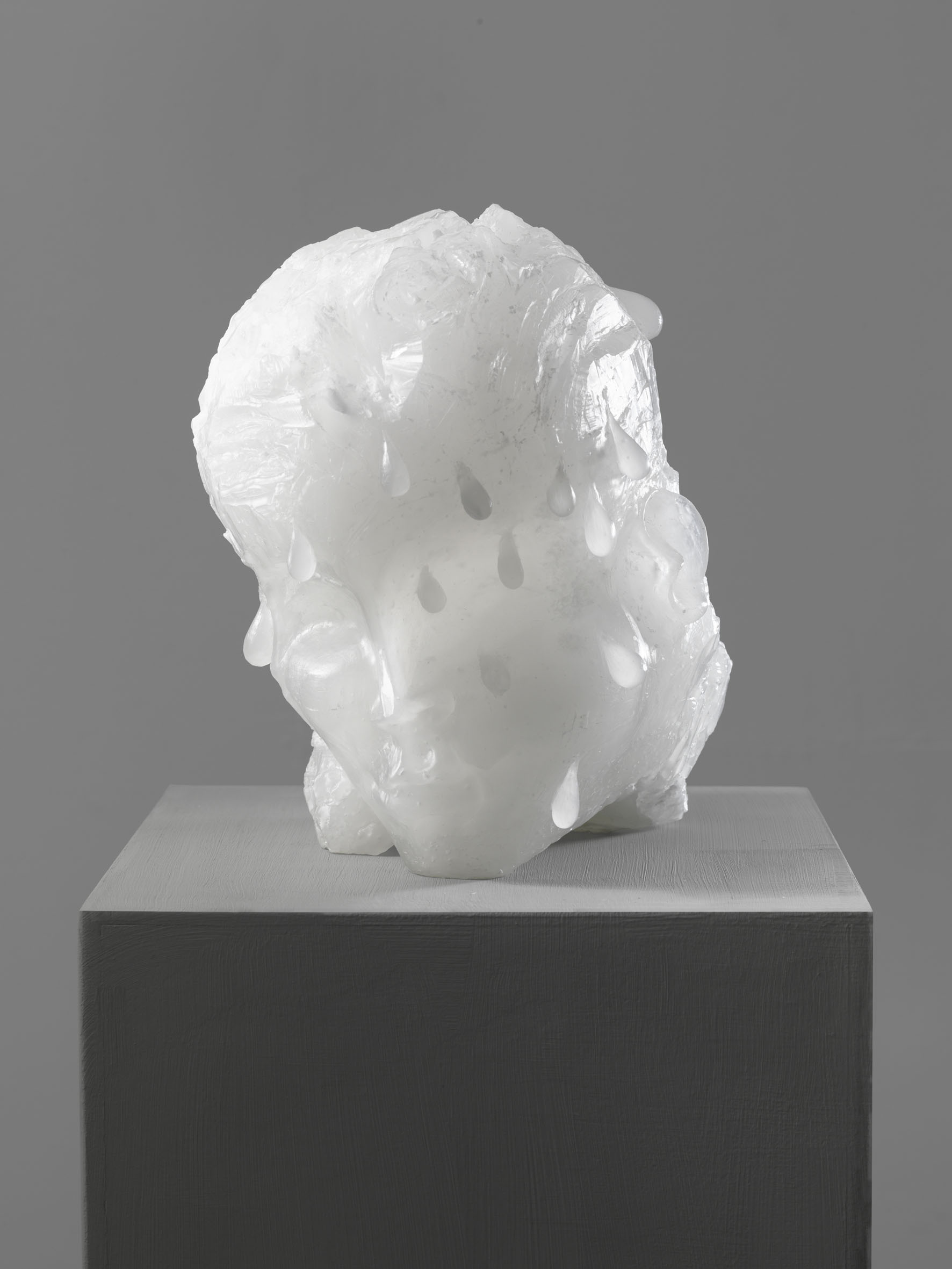 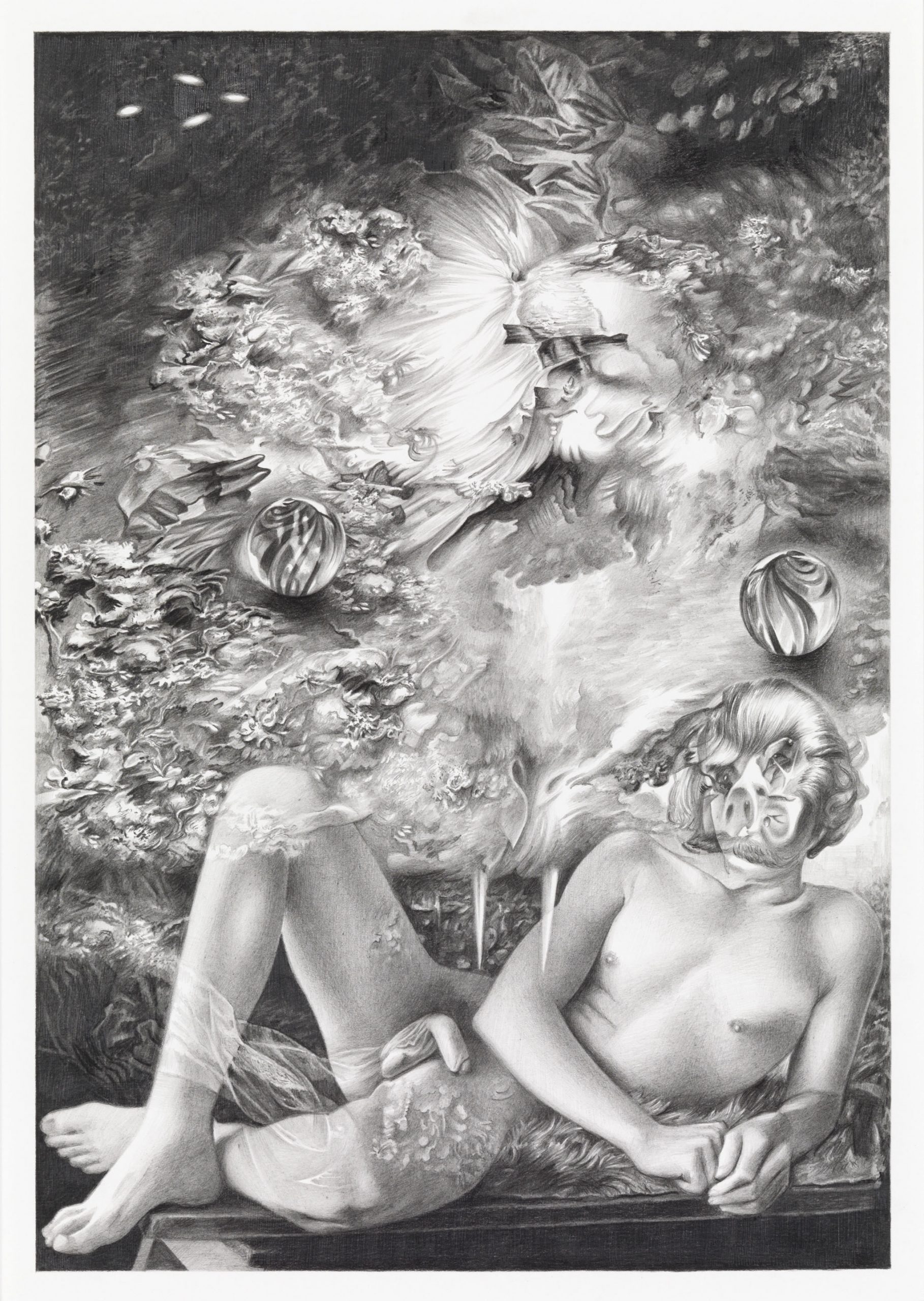 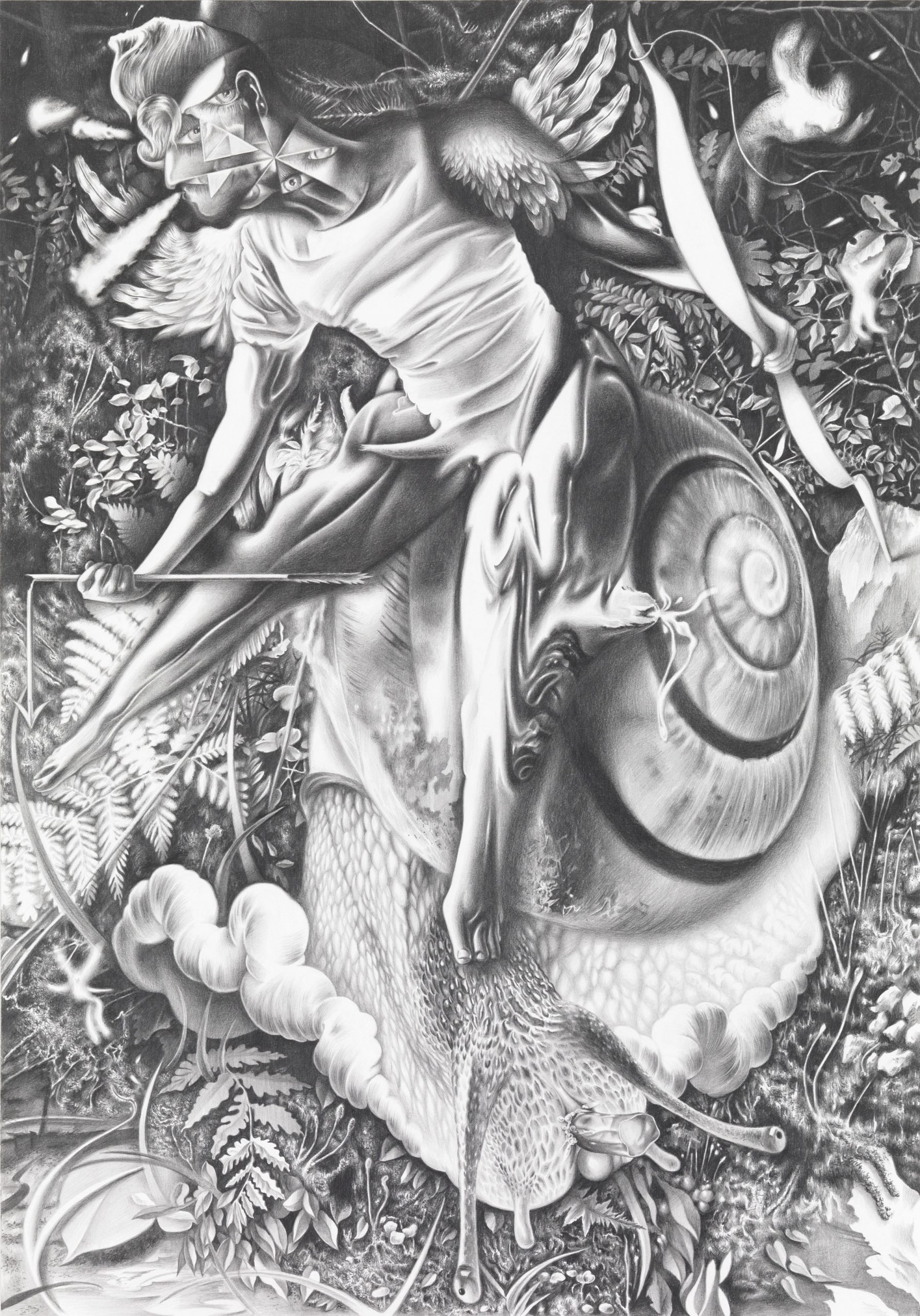 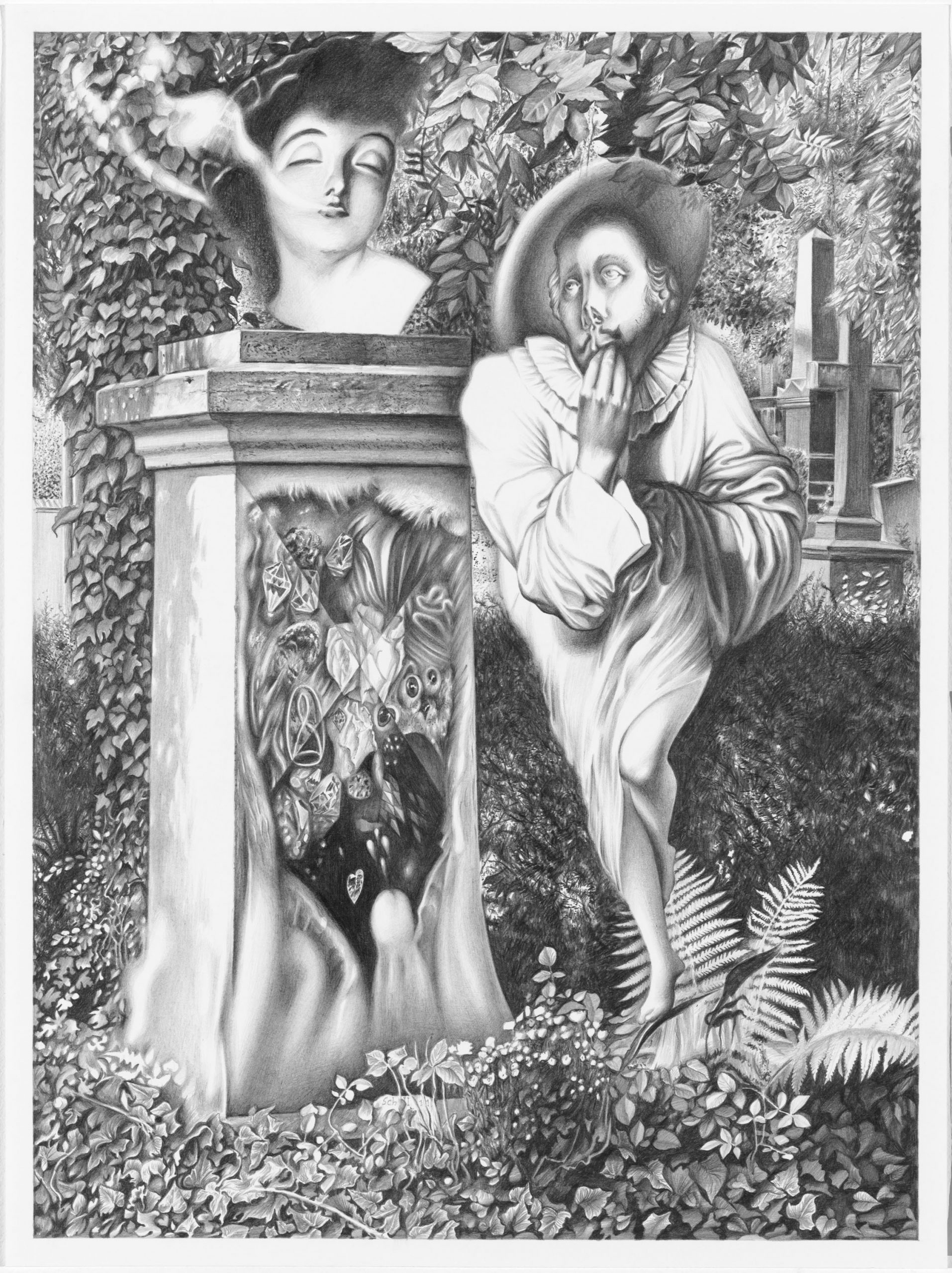 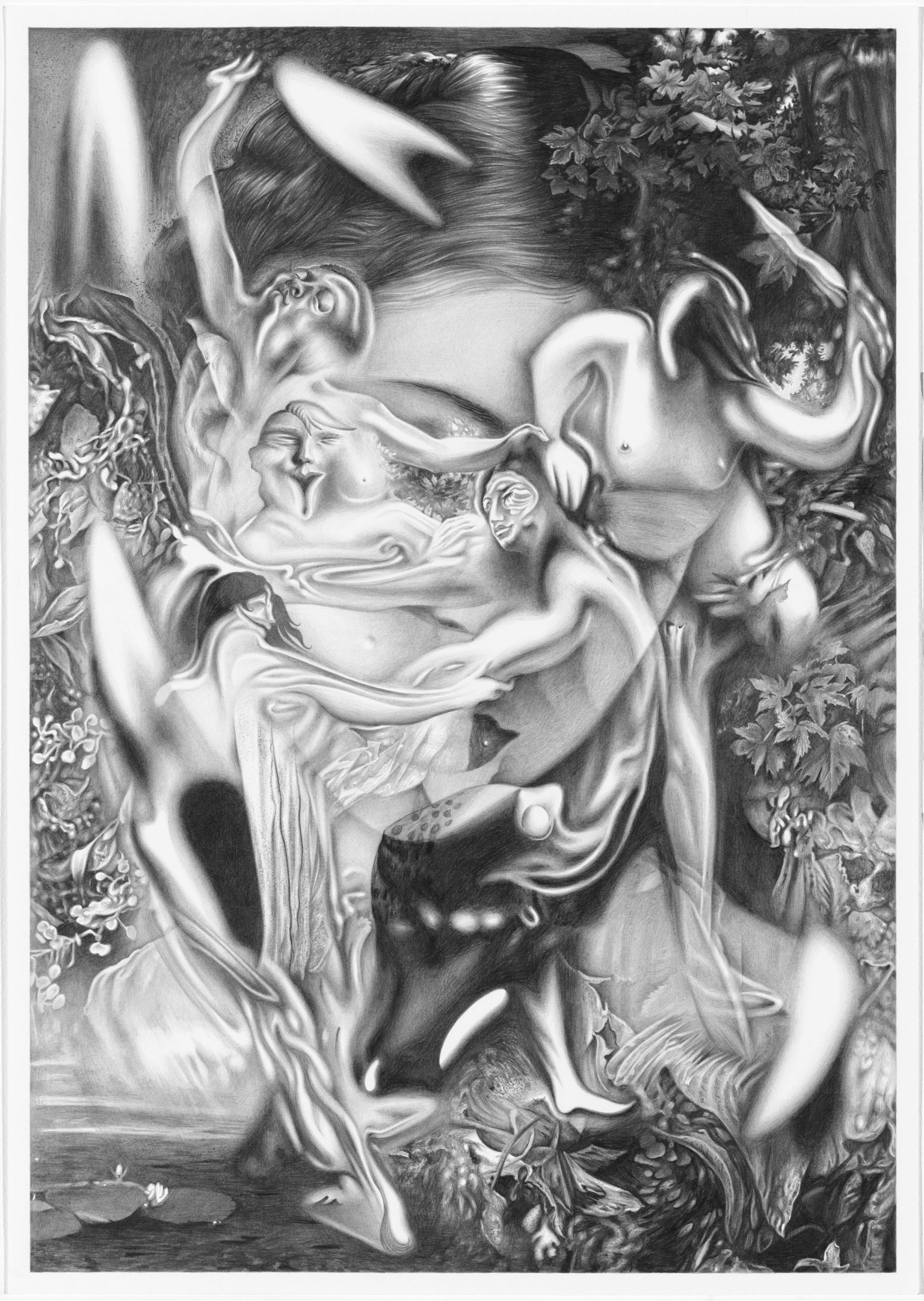 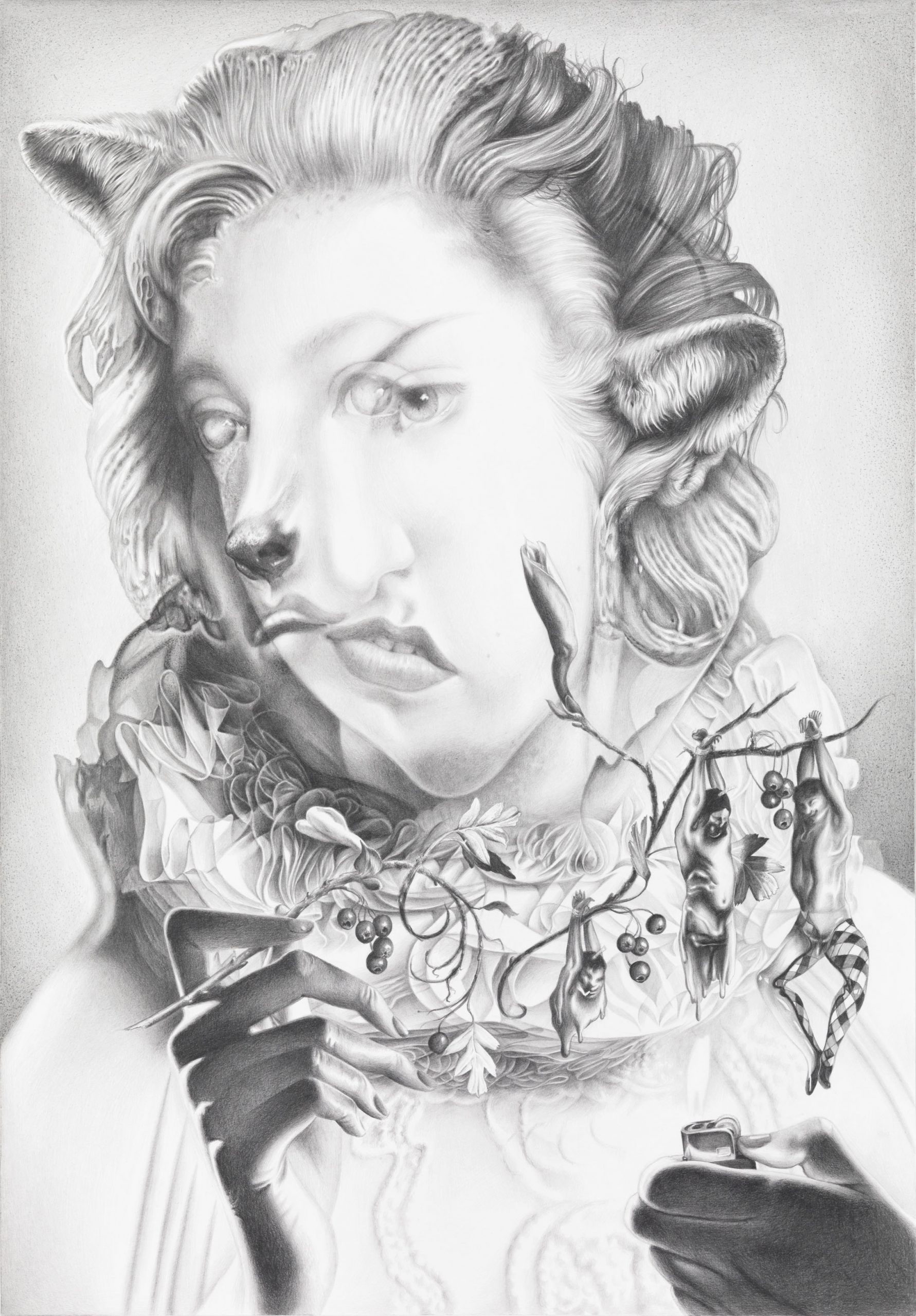 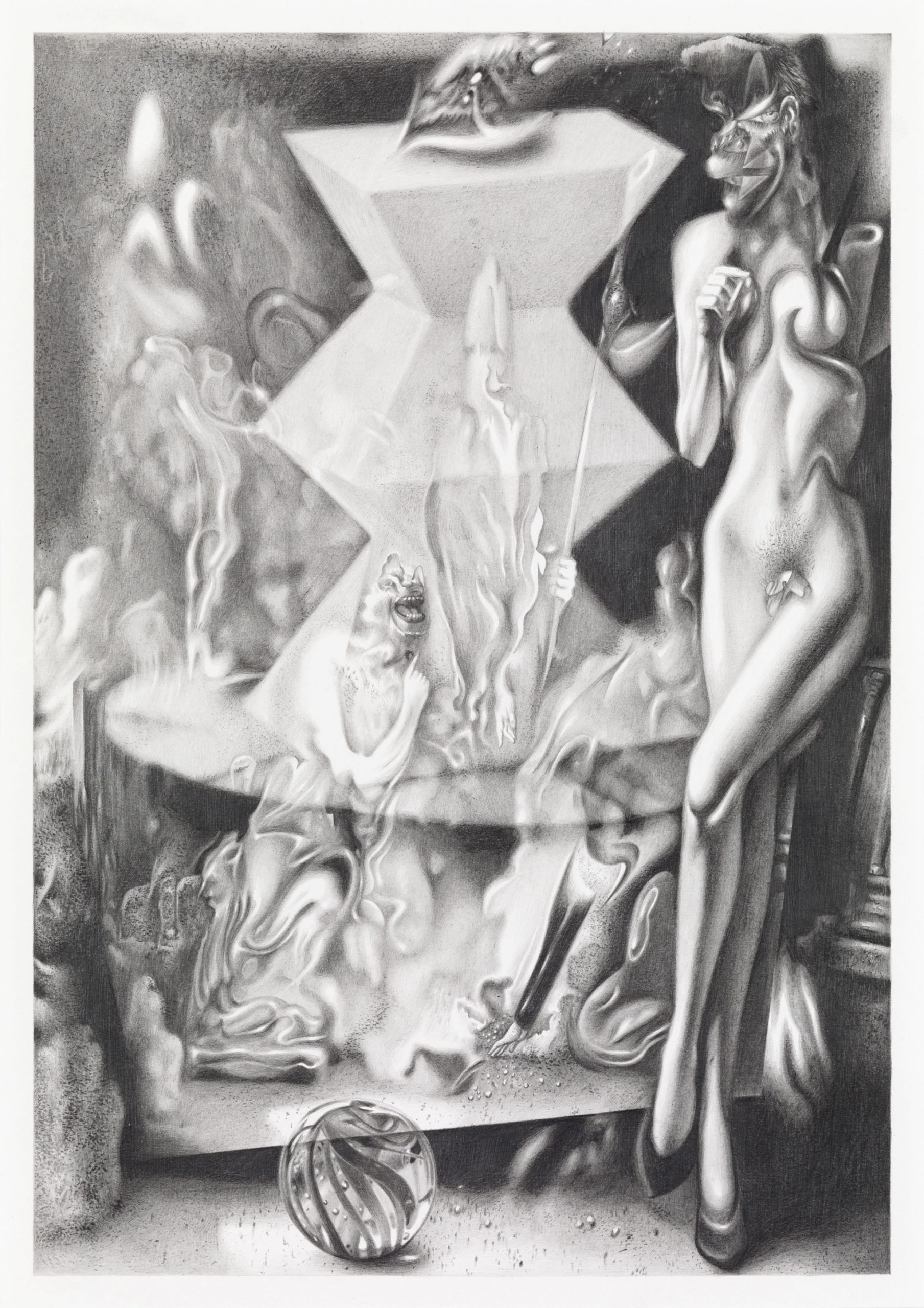 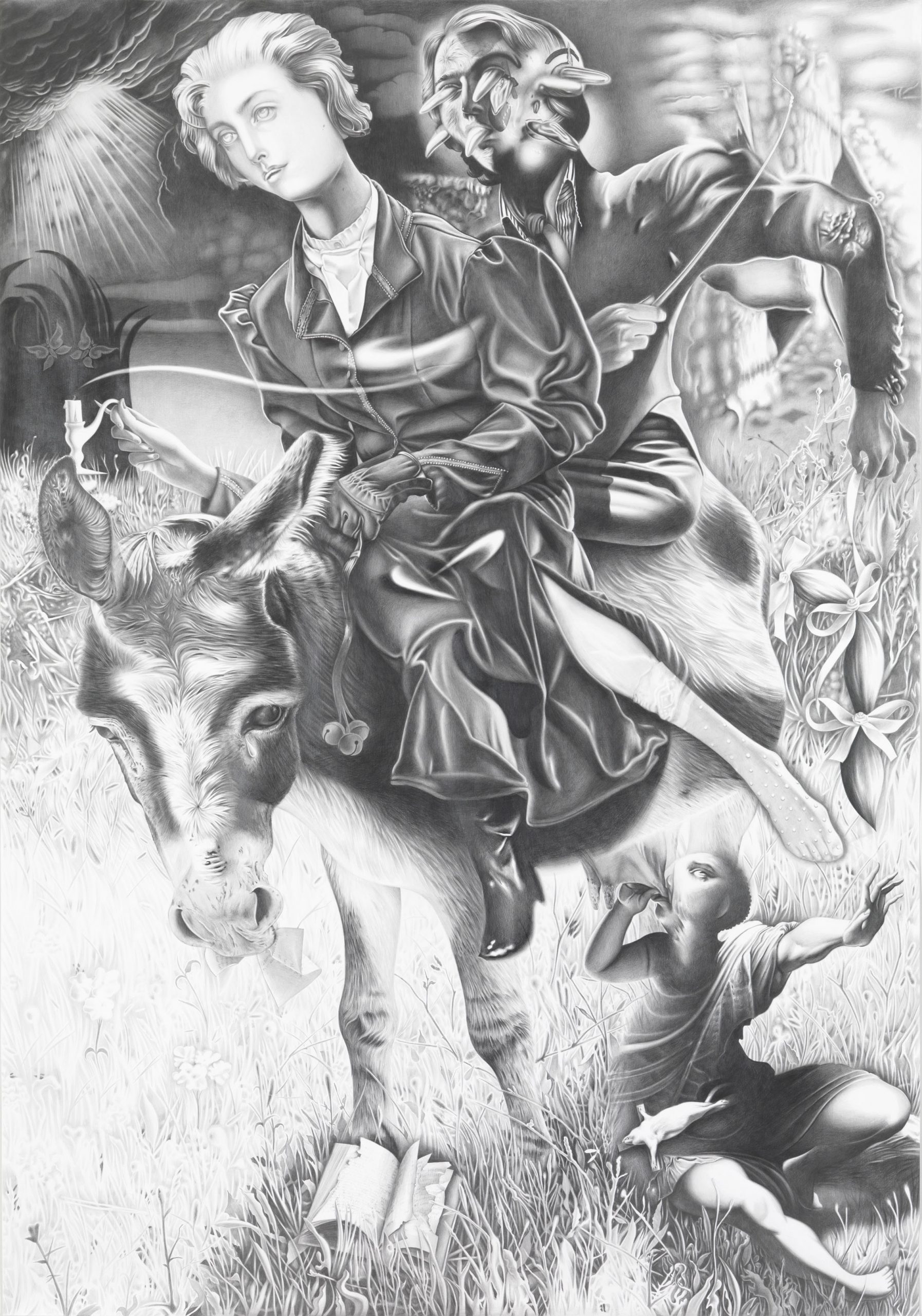 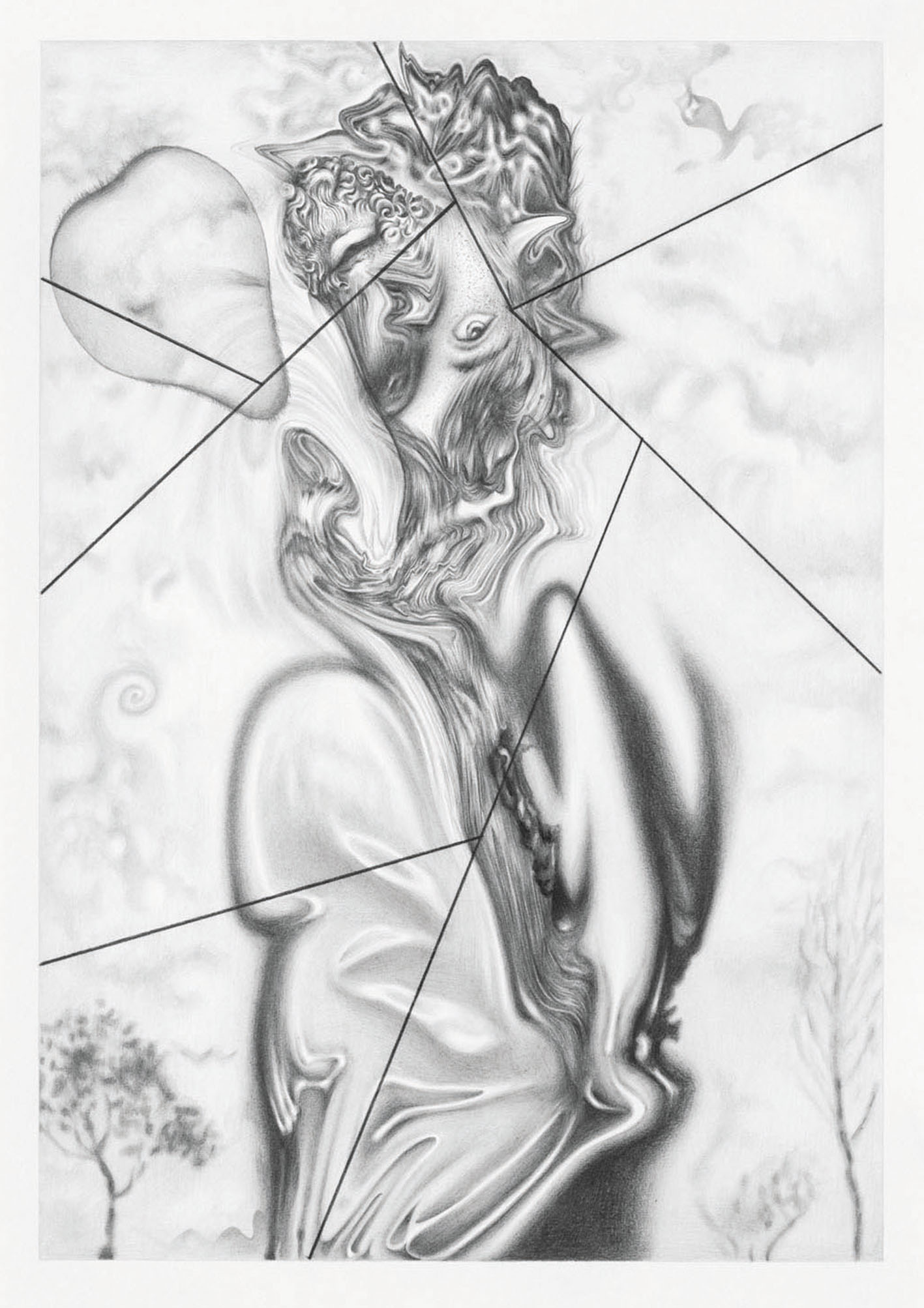 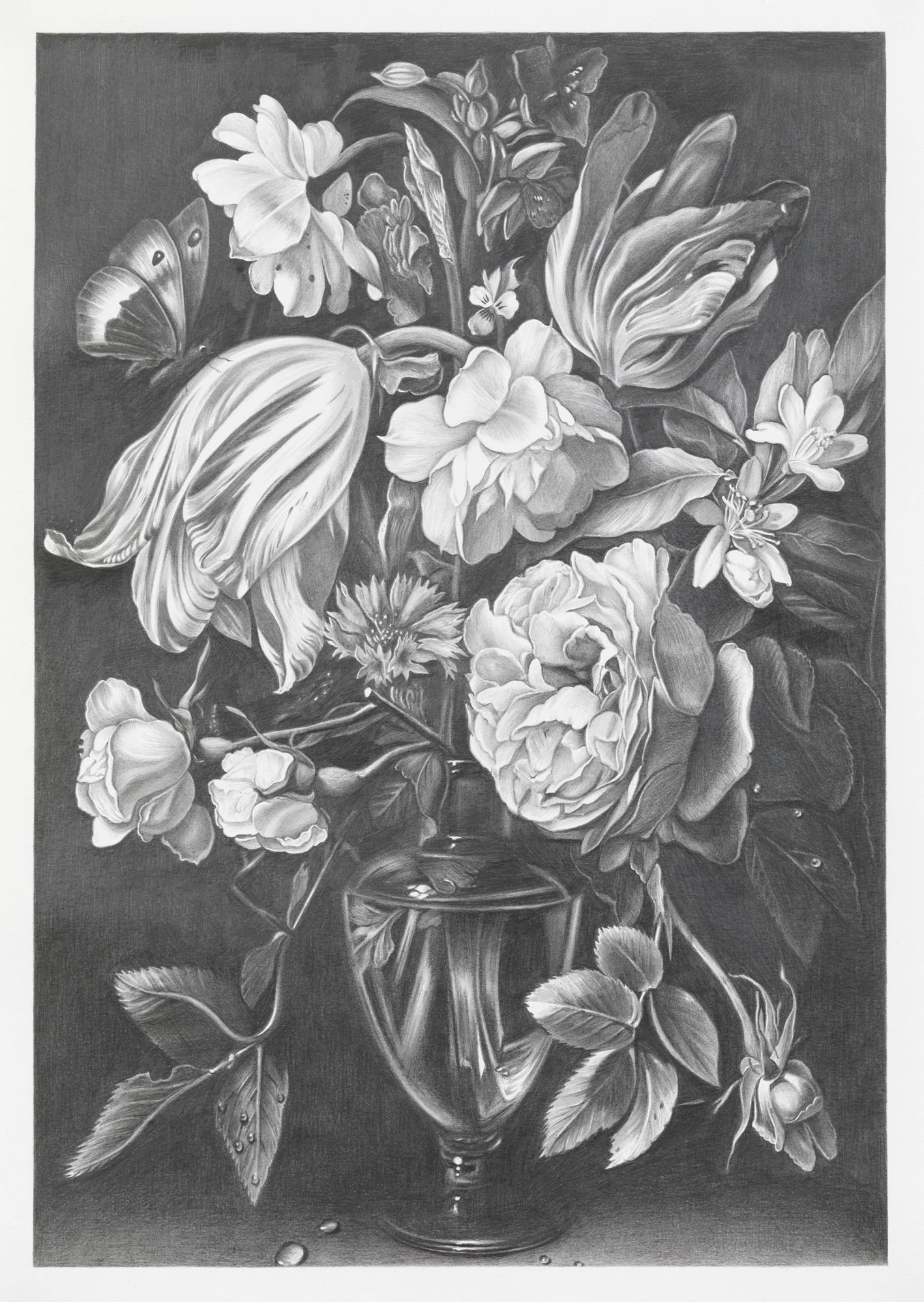 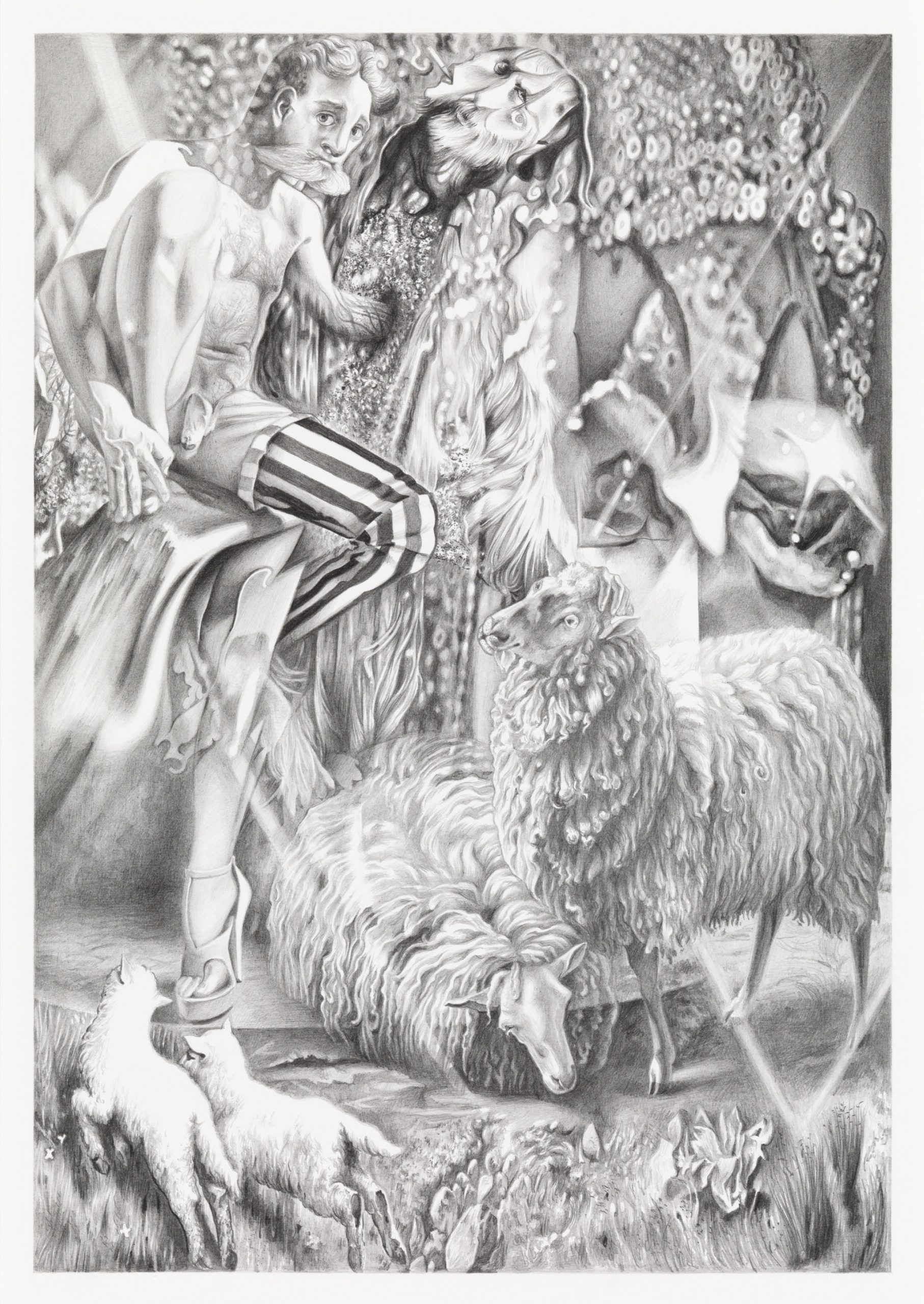 Parallel to the solo exhibition of Till Rabus

Two exhibitions for two artists who have in common a rare mastery of their respective technique – drawing on paper for Dennis Scholl, oil on canvas for Till Rabus.  Of course, the analogy doesn’t stop there.  In their work, both question the limits of realistic figuration, and develop an aesthetic based on the telescoping between imaginary objects and characters, or elements taken from their immediate environment.

With Till Rabus, the work may be born from a vacation snapshot gleaned from the Internet, to which he will then add a “disturbing” element.  Sometimes it has to do with the fortuitous encounter with an innocuous object like a discarded wrapper from a bar of chocolate caught in ice, and then conferring it with the status as the main subject in a winter landscape.  His artistic course is emblematic of the digital age where what’s at play is no longer to know what merits being photographed, but rather what merits being conserved or even transposed from a file to a painting on canvas.  For other compositions, like his Voodoo series, the artist assembles a well-chosen miscellany of objects – flowers, shells, children’s toys – creating altars that are at once laughable and unsettling.  The crâneries (Cranials) are product of the same process, with the figurine of Donald provided with a bird’s skull, or a human skull topped by a funnel.  As for Patchwork Hotels, more recent, they attest to the new way that Till Rabus envisages the deconstruction of the real:  here he no longer proceeds by addition or collage, but by accumulation of visual signs.  These entangled amalgams of arm and silk-gartered legs on hotel beds, under a raw light, play with codes from pornography while always remaining in the realm of suggestion.

By titling his exhibition Fearless Realism, Till Rabus resolutely places himself under the sign of the image.  Dennis Scholl, for his part, invokes the tutelary figure of Lacan, and lines up under language.  The “non-dupes errant“: even if the artist doesn’t wish that this Lacanian reference be read too literally, it nonetheless perfectly applies to his oeuvre.  If one accepts that these “non-dupes” are those who don’t let themselves be taken in by the trap of the artifice, then it’s true that those among them who contemplate Dennis Scholl’s drawings may continue to long “err” amidst traits in search of an explanation to the visual puzzle they are looking at.  As the artist puts it, there is no particular narration to be found, just a structure formed around interstices.  His very individual technique aims to create soft surfaces behind which the creating gesture disappears, while also allowing for the unification – at least in appearance – of scattered story elements.  Organic landscapes, Christ and cross issue from an encounter between Grünewald and Dali, hallucinating visions worthy of Lautréamont: the iconographic corpus of Dennis Scholl seems infinite in its richness and complexity.  References to art history are numerous, from Schongauer and Dürer to Hans Bellmer and de Chirico, and passing too by way of the Romantics like Füssli and Blake.  But these are never literal quotes; rather they are suggestions that may help to (further) cover one’s tracks.